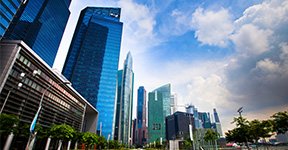 Businesses incorporated in Singapore have a new reason to cheer as Singapore and Portugal discuss economic cooperation early this week. Singapore’s President Tony Tan Keng Yam has this week met his Portugal counterpart Anibal Cavaco Silva in Lisbon and stressed on forging strong economic ties between the two countries through free trade and open markets. Building on existing economic relations, President Tan said he expects the business delegation that joined him on the Portugal tour to spread the word for growth of business relations between the two economies. Asiabiz Services, a leading Singapore business incorporation consultancy, recognizes that this development would positively lead to an increase in trade between Asia’s economic powerhouse and the growing European nation.

A PARTNERSHIP TO BENEFIT SINGAPORE BUSINESSES

Singapore is Asia’s economic powerhouse and Portugal has recently come out of a two-and-a-half year long recession. The European nation is now on a growth path and growth is expected in all major sectors of the economy to restore the country’s prosperity. Binding ties with Singapore makes strong economic sense for Portugal and the partnership in turn benefits businesses in Singapore while making their contribution to the growth of Portugal. Portugal, with its strategic geographical location has access to European, Mediterranean and American markets and has the potential to serve about 250 million Portuguese speaking customers.

President Tan lauded the efforts of Portugal as it successfully came out of recession in 2013. He also thanked Lisbon for extending support for the ratification of the EU-Singapore Free Trade Agreement, and added that he expects Portugal’s support for an ASEAN-EU Comprehensive Air Transport Agreement. President Tan also had an opportunity to discuss economic cooperation with Portugal’s Prime Minister Pedro Passos Coelho.

The PSA – PORT OF SINES MoU

A Memorandum of Understanding (MOU) was signed between Singapore’s port operator PSA and the Port of Sines and Algarve to promote the expansion and development of the Port of Sines. The agreement represents an excellent opportunity for PSA to strengthen the already existing ties between the two entities and goes a long way in boosting trade between the two countries.

Prime Minister Coelho specifically stressed the example of co-operation between Sines container terminal and PSA. The strategically located port’s expansion is extremely important for opening up employment in the region. Post expansion, the Sines terminal is expected to be one of the largest employers in the region.

In May 2012, President Silva led a first ever delegation of Portuguese business leaders and government officials to Singapore and both the countries discussed economic cooperation for the first time on an official platform. The forum was attended by more than 100 Singapore businessmen. After two years, Singapore has rebounded with a strong business dialogue.

“Commenced two years back on an unprecedented scale, the process of economic co-operation between Singapore and Portugal has reached an inflexion point and the strong economic ties between the two countries present a unique opportunity for Singapore businesses. Furthermore, Singapore and Portugal’s Avoidance of Double Taxation and the Prevention of Fiscal Evasion agreement have come into effect late last year. We anticipate that companies from either sides of the agreement will find it easier to explore markets and do business,” affirmed Mr. James Nuben, Head of Taxation at Asiabiz Services.