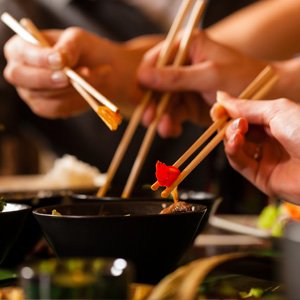 RE&S Enterprises, a Japanese food group has opened a new $30 million headquarters in Singapore last week. AsiaBiz Services, Singapore’s leading company formation consultancy, identified the inauguration as part of the growing trend of international food manufacturing businesses setting up in Singapore. The main reasons ascribed to this trend were the nation’s governmental support and its impeccable reputation as a regional food hub.

The Japanese company, which already has 60 specialty Japanese restaurants in Singapore, aims to use the headquarters as a launchpad to grow their customer base and revenue to $500 million by 2018. The opening of the 100,000 square feet facility underlines the recent growth of the food manufacturing industry in Singapore.

In January earlier this year, the first automated food chiller for storing wholesale foods was unveiled in Singapore. The launch of the 12-storey-high facility was accompanied by the announcement to transform Singapore into a regional food manufacturing powerhouse, by allowing for more transshipment contracts for local food manufacturing companies. Even more recently, Singapore hosted the Food and Hotel Asia trade show last month that attracted approximately 3,000 food and beverage (F&B) companies from 64 countries. The trade show also hosted the first-ever networking dinner during which more than 700 meetings between buyers and food manufacturers were matched and scheduled. These companies explored setting up in Singapore to access the Asian consumer base because the Republic’s food manufacturing sector had exhibited robust growth potential in regional markets.

Such high international demand for Singapore’s food products is attributed to the country’s stellar reputation for food safety and quality. Food products from Singapore are regarded to be of high quality and reliability because of the city-state’s strict adherence to food manufacturing, preparation and packaging standards, such as the Hazard Analysis and Critical Control Points (HACCP), ISO 22000 and BRC Global Standard for Food Safety. These food safety and quality standards are implemented as part of the Sale of Food Act that is enforced by the Agri-Food & Veterinary Authority of Singapore (AVA). This law ensures the safety and quality of food products, and regulates food handling and processing practices in food establishments.

One example of such food standards is the Halal certification in Singapore. As a nation in the Malay Archipelago, Singapore’s reputable Halal-certified system boosts the appeal of its F&B exports in neighbouring nations such as Brunei, Indonesia and Malaysia. As of last September, the Halal Certificate mark of Singapore’s food products have also been recognised and accepted by the Gulf Cooperation Council for the Arab States of Gulf.

Such stringent quality and safety accreditations contribute to consumers’ peace of mind and enables Singapore to attract global food companies to its shores. Tesco, Sainsbury’s Supermarkets and Whole Foods Market are some examples of such companies that have set up in Singapore to collaborate with local counterparts as contract food manufacturers. Such collaborations are also assisted by SPRING Singapore, the nation’s enterprise development agency that liaises with partner agencies to stimulate the growth of Singapore’s food manufacturing industry.

In addition, food manufacturing companies established in Singapore also receive support from SPRING Singapore to develop their businesses with the help of the capability development programmes. These programmes assist local food manufacturers to enhance their technology, innovation and branding among other areas to help them become competitively viable.

“Singapore’s food manufacturing industry has grown to become a significant constituent of the economy. The nation is strategically situated at the crossroads of the east-west trading routes, boasts a seven-hour flight radius to fast-growing Asian markets, and has state-of-the-art infrastructure. AsiaBiz Services strongly believes that all these attributes will make it easier for food manufacturers to start a company in Singapore,” said Mr. James Nuben, Head of Taxation at AsiaBiz Services.

Ready to start a food company in Singapore?