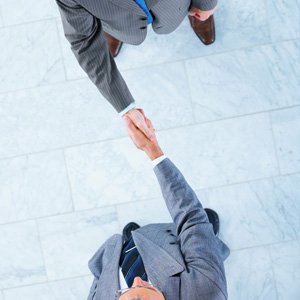 The Singapore Business Federation (SBF) has announced this week how Singapore can utilise its expertise in logistics and supply chain management to attract more Taiwanese businesses to the city-state. The message was communicated at Tuesday’s networking session that saw about 150 businessmen from both countries exploring joint business ventures.

“Singapore has an impeccable international reputation for trade and business and this goes perfectly hand in hand with Taiwan’s stronghold in high-tech manufacturing and electronics,” stated Mr. James Nuben, the Head of Tax Division at AsiaBiz Services.

SBF also believes that with the upcoming finalisation of the free trade pact between both nations that was signed last November in Taiwan, the gates to greater business opportunities will open in Singapore. As Singapore’s sixth-largest trading partner and ninth-largest export market, Taiwan already shares an Avoidance of Double Taxation Agreement with the city-state. Taiwan is also strong producer and exporter of many innovative electronic products to Singapore, resulting in a trade value of $49.7 billion last year.

The extensive trade pact known as ASTEP pact is expected to spur trade between both nations by removing tariffs for all of Taiwan’s exports to Singapore. This portrays the city-state as highly advantageous to do business in, primarily because Taiwanese businesses will benefit from the reduced costs of doing business. Deputy Secretary of Taiwan Electrical and Electronic Manufacturers’ Association Luo Huai Jia mentioned last month that computer manufacturers in Taiwan stand to gain from moving their production to Singapore, as it is cheaper to make goods like hard drives in Singapore.

Other than the removal of tariffs, the landmark free trade pact will also simplify Customs rules to reduce the number of trade barriers, enhancing the flow of trade and investments between both countries. In addition, Singapore Government also attracts Taiwanese businesses to set up here with the lure of opening Government procurement contracts to Taiwanese companies in industries like pollution management, waste treatment and computer maintenance.

Apart from these industries, companies from various other sectors also favour establishing in the Lion City. Earlier this week, Taiwanese KGI Securities had acquired local futures broker Ong First Tradition for S$50 million to expand wealth management and investment banking business in Singapore. F&B companies like Taiwan Tobacco and Liquor Corporation that produces Taiwan Beer have also expressed how it envisions to tap the South-East Asian market by moving into Singapore.

“Singapore is leading the pack by forging close economic collaborations with our regional neighbours as means to attracting more business to the Lion City ”, says Mr. Nuben.

Planning to extend your regional operations to Singapore?