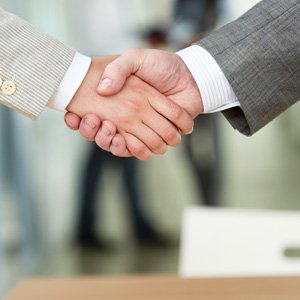 K Shanmugam, Foreign Affairs and Law Minister of Singapore declared last week during his official visit in Mexico City that strengthening economic ties with Mexico will help expand bilateral cooperation between both nations. AsiaBiz Services, Singapore’s leading company formation consultancy, points to this as an indication of how businesses from both countries can benefit from stronger links in trade and investment, especially in areas of energy and infrastructure.

Mr. Shanmugam met with his Mexican counterpart, Secretary of Foreign Affairs Jose Antonio Meade for the second round of political consultations. The official visit saw the roundtable discussion of Mr. Shanmugam with notable Mexican business leaders. In addition to discussing various opportunities of bilateral cooperation, Mr. Shanmugam also delivered a speech on the potential for collaboration between Singapore and Mexico, titled ‘Bridging the Pacific: The Singapore-Mexico Partnership’.

Singapore has enjoyed a 21.2% of compound annual growth rate in the bilateral trade with Latin America in the last decade. In the first eight months of 2013 alone, Singapore’s trade with the continent hit US$21.5 billion. As described by the BBC article titled ‘The MINT Countries – Next Economic Giants’, Mexico is an emerging economic giant of Latin America. It is also in the progress of negotiating the Mexico-Singapore Free Trade Agreement (MSFTA) that will enforce Singapore corporate tax concessions for the trade of goods and services between both countries.

The two nations are also part of the Forum for East Asia-Latin America Cooperation (FEALAC) that fosters greater inter-regional cooperation in trade and investment. Last October, Singapore had hosted the Latin Asia Business Forum (LAB) that was attended by more than 350 prominent business leaders, of which one of them was Alonso Quintana, the CEO of Mexico’s infrastructure giant, ICA.

The Latin American nation has long considered Singapore as an important economic hub in the Asia-Pacific region. Mexico has enjoyed the privilege of being Singapore’s first Latin America partner among the ASEAN nations, and capitalised on the benefit of using the island nation as a gateway to strengthen its presence in the Asia.

This is because Asia is anticipated to be inhabited with 64% of the planet’s middle class that will be accountable for more than 40% of the world’s consumption by 2030. Thus, Mexico views Singapore as a launchpad to access the huge consumer market. The country has already produced many successful lifestyle brands and hopes to expand their businesses beyond domestic demands, such as Bimbo Bakery that has made strong inroads into Asia.

Singapore also stands to gain from strengthening economic ties with Mexico. Mexico’s free market economy and top exporter position in Latin America makes it a suitable platform for Singaporean companies to explore opportunities in the region. This is especially true for certain sectors of the Mexican economy, as indicated by Mr. Shanmugam.

Mr. Shanmugam met with Emilio Lozoya, the CEO of Petroleos Mexicanos (PEMEX) and discussed about the 2008 energy reforms in the Mexican oil and gas industry. These reforms along with PEMEX’s deep water discovery of light crude has paved the way for greater private sector investments from Singapore. This is because Singapore possesses the relevant expertise to attend to the needs of this sector, as it manufactures 70% of the world’s oil rigs and 20% of the world’s fleet of offshore support vessels. For example, last year Singapore’s Swiber Holdings was awarded a S$345 million contract to provide offshore services in the Gulf of Mexico.

Singaporean companies have also addressed Mexico’s need for infrastructural development due to their National Infrastructure Programme (2007-2012) and Public Private Partnership law. As a result, Singaporean firms like Keppel Seghers have designed and constructed more than 20 water treatment plants in Mexico.

“Mexico is the second-largest economy of Latin America and the potential for trade and investment it can unveil from collaborating with Singapore is limitless. This is because Singapore has the expertise and the access to Asia that Mexico seeks. Once the MSFTA is concluded, starting a company in Singapore will also become very easy for Mexican businesses”, said Mr. James Nuben, Head of Taxation at AsiaBiz Services.