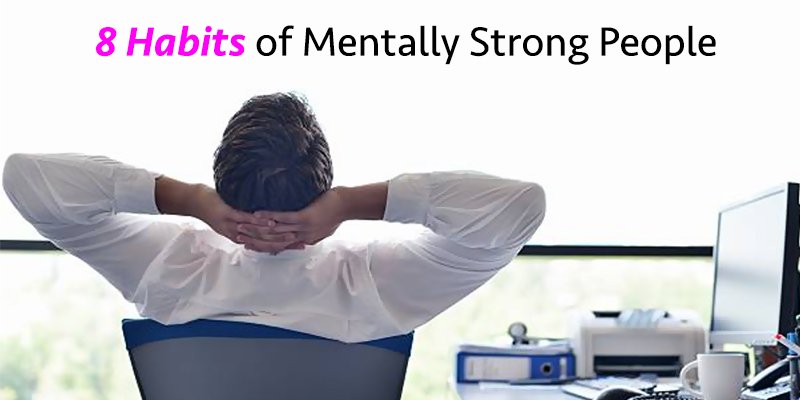 No matter how tough you are mentally, your mind will be challenged when going through the trials of entrepreneurship. You will constantly be faced with the thought of wanting to quit because your path towards success is not progressing as you expected it to. Instead of continuing to struggle, you might entertain the option of giving up and taking the easy way out.

Is that really want you want though?

Whatever the challenge you are dealing with, you have to be strong, see your goals all the way through, and take decisive action if you want to lead a successful life. This is much easier said than done especially when the pressure of your personal and business life are weighing heavily on you.  It can feel like being an entrepreneur is a constant uphill battle. This is why it is important to understand that entrepreneurship is a process, and not a single event that leads to immediate success. The ability to break the mold of the average by taking on a bold new direction requires grit, ambition, and persistence that only the mentally strong possess.

Thomas Edison is one such individual who possessed strong mental strength. This was proven when his factory burned to the ground in 1914. The fire destroyed valuable prototypes and caused millions of dollars in damage. Instead of being defeated by the bleak circumstances, Edison responded in a way that most people could not even imagine – he said, “Thank goodness all our mistakes were burned up. Now we can start fresh again.”

Talk about possessing the mental toughness of steel! What’s great is that you can learn how to posses this mental outlook in your life too. There are habits you can implement to improve your mental strength. Even better, the characteristics of mentally strong people are actually strategies that you can begin using today.

Mental strength requires you to understand how you can channel your emotions in a productive manner instead of being reckless when you feel angered or anxious. When your mental strength is being tested, your emotional intelligence is put to the test as well.

2) Their confidence is high.

Mentally strong people understand that their mentality has a significant effect on their ability to succeed. This is not motivational hype; it is true. A study conducted at the University of Melbourne determined that confident people earned higher wages and are promoted more quickly than those who lack confidence in themselves.

This only works if you are truly confident in yourself, because false confidence used to mask your insecurities will not help you go far in life. Mentally strong people have an advantage over those who have doubt in their mind because their confidence inspires others and helps them make  great results happen.

3) They know when to say no

The inability to say no leads to you dealing with more stress, becoming depressed, and eventually burning out. This is because you are tying your satisfaction to the happiness of other people instead of yours. Mentally strong people on the other hand know the importance of saying no, and are not afraid to make their stand clear to the people they are communicating with.

Mentally strong people rarely waver and show a lack of confidence when saying no. They avoid using phrases that make them appear apologetic for having to turn someone down.

One thing about mentally strong people is they know how to say no to themselves by exerting the necessary discipline. They delay the need for self gratification and avoid impulsive actions that can harm their long-term success.

4) They block out difficult people.

Difficult people can be frustrating to deal with and will exhaust you mentally if you allow them to get in your head. Mentally strong people control their interactions with toxic people by keeping their emotions in check. Their confrontations with difficult people are rational. When they feel their emotions getting out of control, they quickly subdue them and proceed with looking for a positive outcome. They even work to understand the perspective of said person in order to communicate with them better.

5) They are not fearful of change.

Mentally strong people understand the importance of being flexible and adapting no matter the situation. The fear of risks and change can paralyze one’s ability to succeed and they avoid having such feelings be the reason for holding themselves back. They are constantly on the lookout for impending changes that are about to occur and create a strategy that allows them to embrace the new circumstances.

Embracing change is needed if you want to be able to move forward in life every time you are faced with a new challenge. Change brings about opportunity, which is only realized by those who are open-minded to new possibilities.

Related Article: 10 tips on how to make your idea successful

Mentally strong people know that failure is very possible, as many successful people have dealt with it on their own journey towards success. The individuals who are wildly successful today

had to deal with the sting of failure previously. The experience of having to deal with mistakes helped them learn how to create the right strategy and employ effective actions to produce results.

Learning how to overcome failure is how you position yourself to be better suited for success.

7) They let their mistakes remain in the past.

Mentally strong people understand that their mind is the ultimate decider of how their life is lived. If they choose to focus on the problems and mistakes of their past, those issues become their future. Putting too much thought in negativity will have it play out in real life since your thoughts influence your actions. Choosing to focus on thoughts that improve your actions leads to better results being produced. Learn to make your mistakes your past but never completely forget them. Mistakes are lessons you should learn from to avoid dealing with the same problems in the future.

8) They do not compare themselves to others.

Mentally strong people understand that comparing themselves to others is limiting. Your success should be based on your own perceptions and not on how well your life is compared to other people you interact with. The need to constantly prove yourself to others can be draining. Mentally strong people would rather focus on what matters to them, instead of trying to impress others.

Focus on building up your mental tenacity. Leave the rest to us.

Our expertise is unrivaled in Singapore. With 20 years of know-how in company incorporation, accounting, tax, payroll and immigration services, you can count on us to be your dedicated one-stop business solution.